We use an integrative approach to understand how animals balance investment in reproduction and self-maintenance, and the consequences of this for individual success and population persistence. We take a holistic approach, studying individuals throughout life in their natural environment. Consequently, our research span several areas:

The complex behavioural strategies that group living birds employ to advance their success.

How risks and costs prevent inferior males from exaggerating their sex appeal.

What factors impinge on immune defense and damage control and how this relates to aging.

How climate change can affect reproduction and survival.

MORE ABOUT OUR RESEARCH TEAM
VIEW OUR PUBLICATIONS HERE

Our field projects involve long-term studies of purple-crowned fairy-wrens, Malurus coronatus,  in the Kimberley region of north-west Australia, and a local population of superb fairy-wrens (M. cyaneus) at Lysterfield Park. 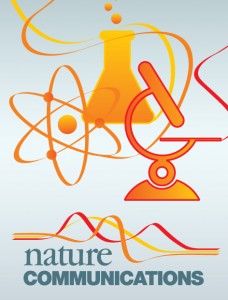 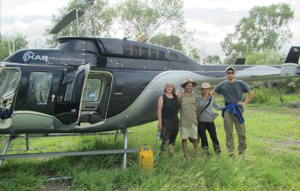 Each year countless purple-crowned fairy-wren nests are washed away in monsoonal floods that sweep across northern Australia. On 2 January, the Monash researchers studying fairy-wren ecology at the Australian Wildlife Conservancy’s (AWC) Mornington Wildlife Sanctuary in the Central Kimberley got their own taste of these floods when ex-tropical cyclone Ellie brought once-in-a-century floods to the region. Researchers and AWC staff living on sanctuary during the flood were safely evacuated to Broome. Although the waters have receded at the research station, it will likely be some months before conservation and research activity will resume.

Ornaments are equally informative in male and female birds.

We know heatwaves kill animals. But new research shows the survivors don’t get off scot-free

Extreme heat waves can cause birds and mammals to die en masse. But it’s more common for an animal to experience relatively mild heat stress that doesn’t kill it. Our new findings suggest that unfortunately, these individuals can suffer long-term health damage.

Our study, published today, describes how exposure to hot and dry conditions can damage the DNA of nestling birds in their first few days of life. This can mean they age earlier, die younger and produce less offspring.

For more than 15 years, a team of scientists led by Professor Anne Peters of Monash University has been studying a population of the Purple-crowned Fairy-wren, one of northern Australia’s most exquisite birds. Their wide-ranging project has uncovered fascinating details about the fairy-wrens’

(The most social) bird of the year: why superb fairy-wren societies may be as complex as our own

One mystery many biologists want to solve is how complexity develops in nature. And among the many social systems in the natural world, multilevel societies stand out for their complexity. Individuals first organise into families, which are members of bands, which are organised into clans. 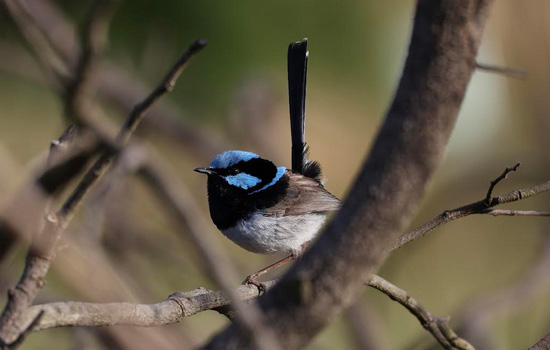 The research team studied social behaviour in a wild population of superb fairy-wrens, that breed cooperatively in small groups. They tracked almost 200 birds over two years by attaching a different coloured leg band to each individual. During this time, they observed who was hanging out with who and used their observations to build a complex network of the birds’ social associations. 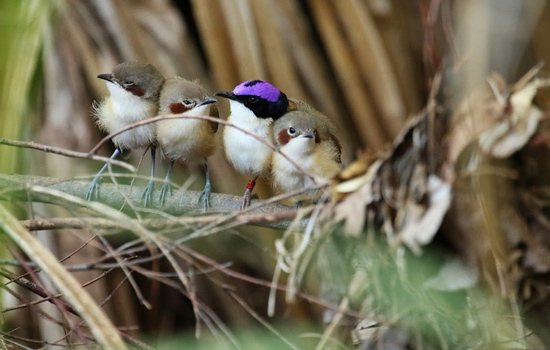 Avoiding predation is key for surviving in the wild and helping with predator defense seems a risky, selfless act.

“Such seemingly altruistic helping behaviour has puzzled biologists for a long time, because it does not make sense to risk your own life to help others without some offsetting benefits, but these have been hard to identify,” said lead study author Dr Niki Teunissen from the Monash University School of Biological Sciences.